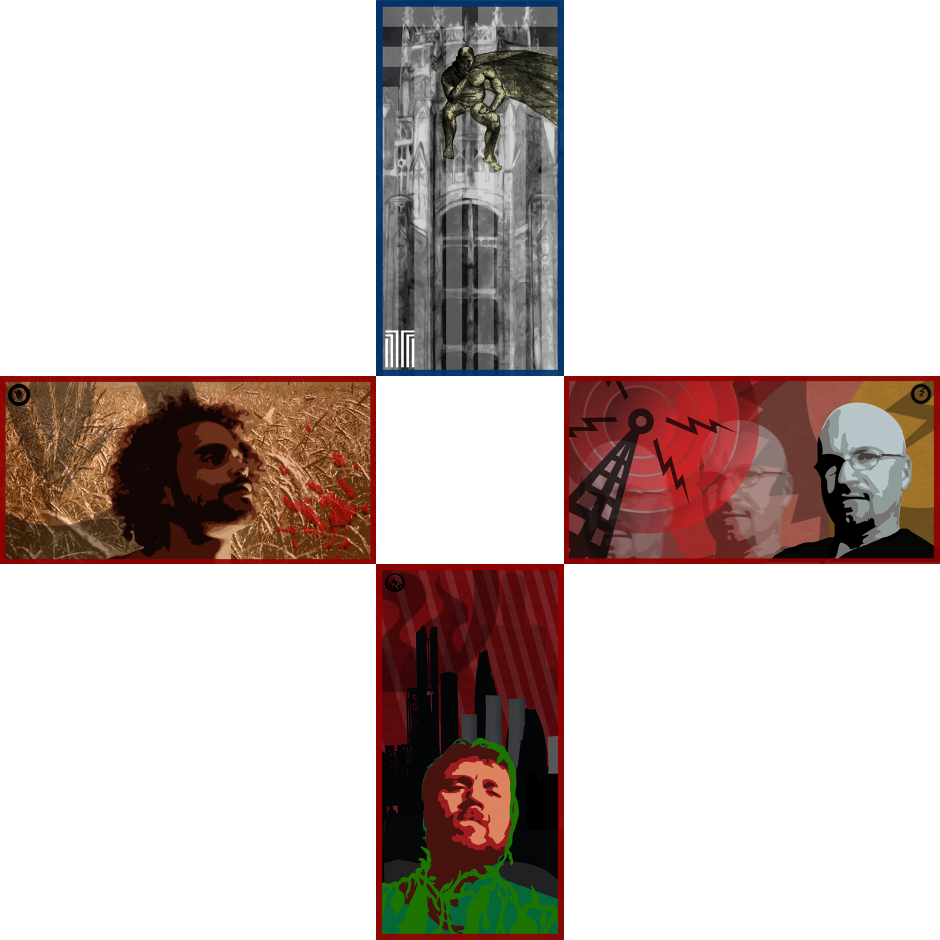 The villain is often the most interesting character in any fiction. There are no limits placed on the villain. The best villains are in their minds the hero, doing good in for their own interests. I intended to show the complexities of modern supervillains. I used images of renewable energy sources as away to express the good the villain hopes to achieve. Each supervillian comes branded with his own Logomark that encompasses his movement. The villain in a well-written movie will usually have a more interesting backstory and motivation than the hero, since he/she must go outside the bounds of morality to fulfill his/her needs.The influences that I’ve cited are WWII War propaganda art and Joss Whedon’s “Dr. Horrible’s Sing-Along Blog.” 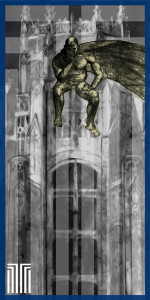 THE HERO depicts an aging, balding man naked sitting high atop a gothic building (The Chicago Tribune). This is a commentary on the modern view of complex superheroes, complete with all their flaws. I was heavily influenced by “The Watchmen” for this character in the series. The heroes of “The Watchmen” struggle to define their role in society, and as such, blur the line between heroes and villains. 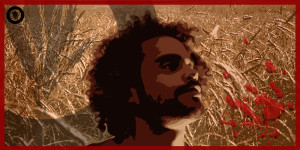 In this piece the Super Villain goal is to eradicate world hunger, but with stains of blood in the fields of grain, suggests even with the mission’s noble nature what are the costs involved. 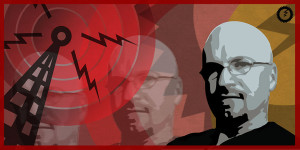 Here, the SuperVillain’s goal is to control the airwaves, which in our modern world serve to inform and can influence and shape our view of the world. This is an immense form of mind control, for the media around us stimulates and frames our ideology. 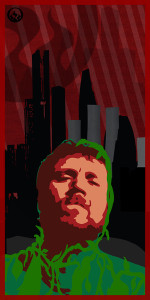 Lastly, In “Global Growing” the villain is dedicated to saving the environment of the planet, which is illustrated in the burning of modern civilization, but with the regrowth of a green conscience man.